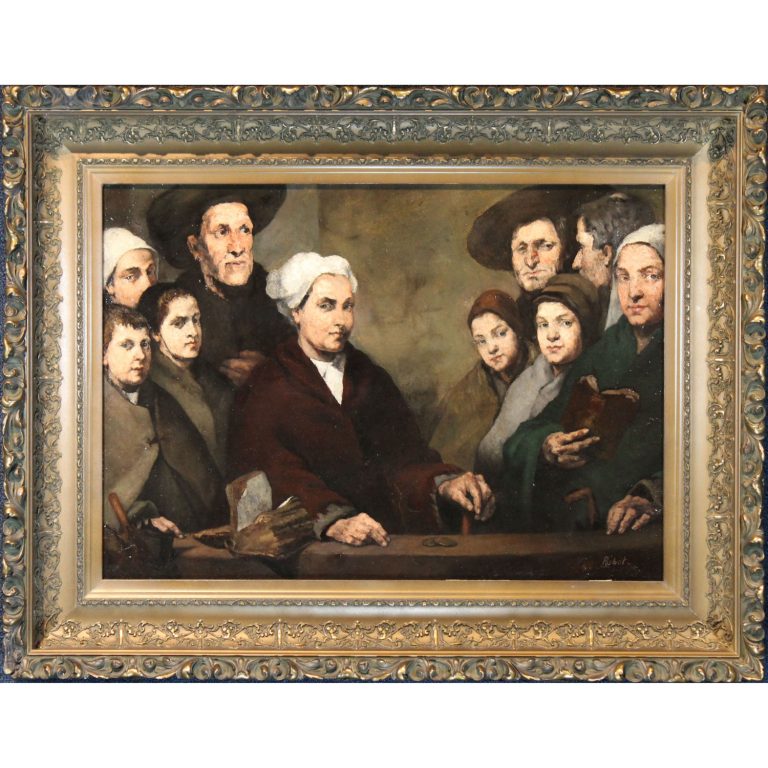 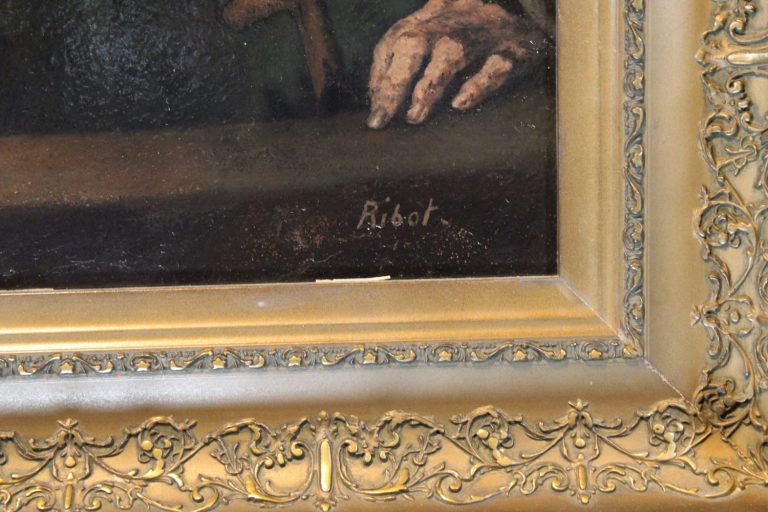 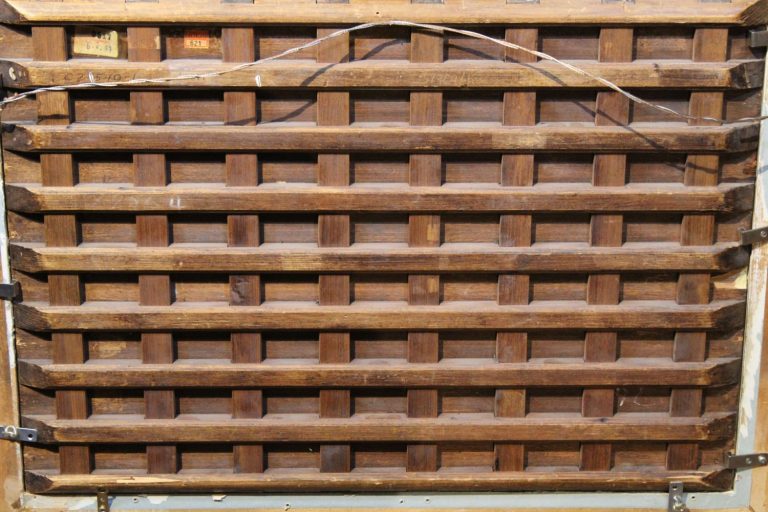 “The Judge” Theodule Augustin Ribot (France, 1823 – 1891) Oil on cradled panel painting of figures in an interior setting. Exhibition labels verso. Signed lower right. Sight Size: 17.5 x 24.5 in. Overall Size: 25.75 x 33 in. Debuting at the Salon of 1861, Theodule Ribot received medals in 1864 and 1865, as well as a third class medal in 1878, the same year in which he received the Chevalier de la Legion d’Honneur. In addition to the Paris exhibitions, Ribot also showed works in Amsterdam, Munich, Vienna and numerous provincial Salons. Ribot was one of the founders of the Salon du Champs de Mars, along with Alphonse Legros, Henri Fantin-Latour, and James McNeill Abbott Whistler. Like these artists, Ribot shared an admiration for Gustave Courbet and Realism. In addition, his works show an affinity with seventeenth-century Dutch and Spanish painting, especially Ribera and Franz Hals. Known as an artist who took an independent approach to his trade, in 1884 a group of friends, including Fantin-Latour, Jules Bastien-Lepage, J. C. Cazin, Francois Raffaelli, and Claude Monet gave him a medal of honor inscribed: A Theodule Ribot, le peintre independant. As a painter of a myriad of subjects including genre, history, still lifes, and portraits, Ribot shows a rich concern with the effects of painting plein air and the psychological effects of contrasts between darks and lights.